Bookmakers don’t want to get stung by the Hornets

Not since the days of Elton John’s ownership back in the 1980s have Watford enjoyed such success, but Marco Silva’s men have started the campaign in wonderful fashion.

Unbeaten after four games, The Hornets are proudly sitting in the top-four and victory over Manchester City at Vicarage Road on Saturday will mean that Watford go top of the table, as Manchester United and Chelsea don’t play until Sunday. 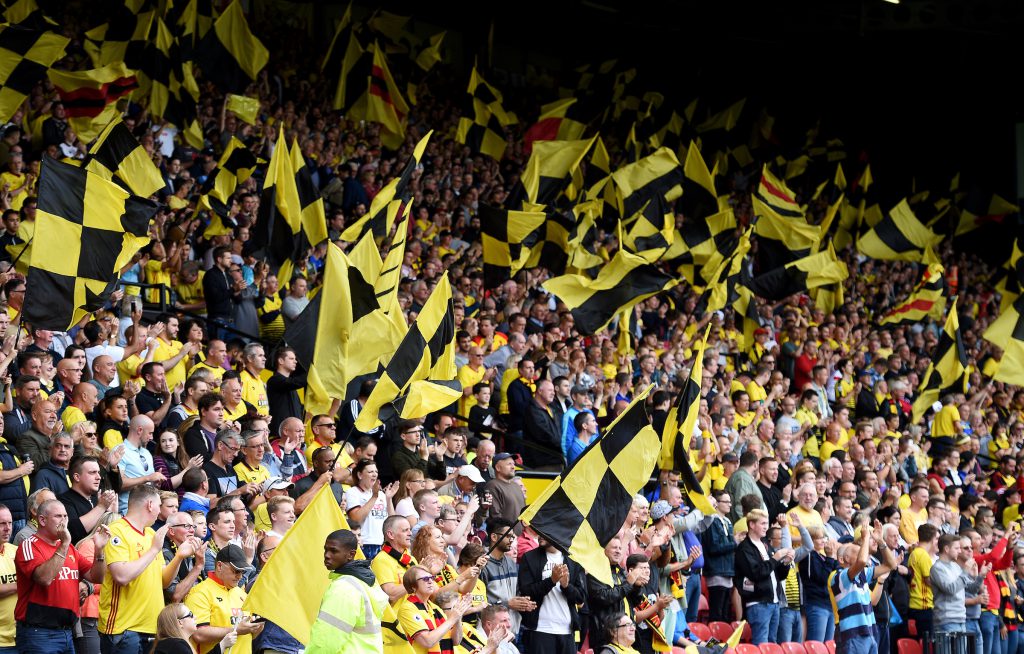 Now Bookies are reacting with Punters starting to dive into Watford, as people are attracted by the understandable big prices.

Watford were amongst the favourites for relegation, but following their start odds are being slashed around the Hertfordhsire side.

“Ever since Leicester’s huge gamble came off, Bookmakers are not slow to react to any market like this – Watford were 5000/1 but now they are barely 1000/1 to win,” revealed OddsMonkey spokesman Peter Watton.

“But it is the over markets that are of real interest and we understand have been attracting interest from punters. They are drifting hugely in the relegation market and are around 11/2 – but it is the possibility of them making a move into the top-half and beyond.

“They are now as short as 22/1 to finish in the top-six – these odds were more than 100/1 at the start of the season. Punters are getting involved with Watford and Bookmakers are being forced to react.”