Channel 4 Racing has long been the home to many profitable offers. However, with the new year came a new channel, with ITV taking the proverbial horse by the reigns. ITV has replaced Channel 4 as the free-to-air broadcaster for television coverage of horse racing in the UK. The channel won the rights to cover fixtures including, the Cheltenham Festival, Grand National, the Derby and Royal Ascot, from January 2017. Find out more about Channel 4 and ITV Racing in this post.

A brief history of Channel 4 Racing

The first transmission of racing on Channel 4 was on March 22nd 1984. Over the last 30+ years, the channel featured many of racing’s best known journalists and presenters, including Derek Thompson, Lesley Graham, Mike Cattermole, John Francome, John Oaksey and the ever-so-slightly eccentric, John McCririck.

However, on January 1st 2016, the announcement came that Channel 4 had lost their horse racing rights and ITV would take over from January 1st 2017. The reason for the change was a ratings dip on most of the races that had previously moved to 4 from the BBC in 2012.

“We are proud of the award-winning coverage we have given to horse racing over the last three decades – and the 90 days of live terrestrial television exposure per year we have offered the sport, backed by significant editorial investment, marketing and programming across our schedules.”

A brief introduction to ITV Racing

ITV have secured a four-year deal, which reports suggest, is worth £30m. They will broadcast a minimum of 34 days annually on the main ITV channel, with another 60 shown on ITV 4.

The coverage will include racing’s ‘crown jewels’ of the National at Aintree, Epsom’s Derby and Ascot. And although ITV will broadcast the Grand National for the first time in April 2017, there is an historical link with racing, going all the way back to the days of the ‘ITV Seven’ bet. This was a key feature of ‘World of Sport’, shown on Saturday afternoons in the 1980s.

“We want our coverage to reach not only its loyal, core audience, but beyond, by capturing the full enjoyment of this most wonderful of sports.”

Former champion jockey, AP McCoy has been announced as part of the ITV team. He previously provided analysis of the racing on Channel 4. Presenter Ed Chamberlain will also be on hand in the paddock to take the coverage out of the studio.

What this means for Channel 4 Racing offers

With Channel 4 Racing, bookmakers provided generous price promises and free bet offers on live horse racing. However, with the change in broadcasters, is this still the case?

Yes it is! Bookies don’t really care which channel broadcasts the racing. Instead, they just want as many people as possible to watch. This is something ITV have promised to work on through cross-channel promotion on other shows in their running schedule. Therefore, all the great old Channel 4 offers that you’ve come to know and love will continue running. Only they’ll be under the name of ITV Racing.

With live racing comes awesome offers. OddsMonkey helps you turn those offers into profits. Check out the tools section on the main site by clicking the button below. 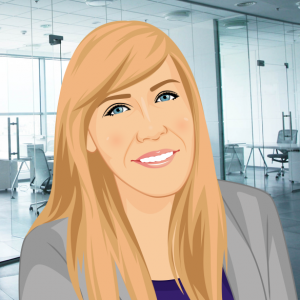 Word up! Jenna makes sure we say it right with engaging copy and a handful of monkey puns thrown in for good measure.