“Parenting and music inspired us” 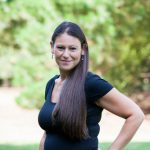 Leaping into the gap in the market

Almost seven years ago, Louise and her husband had an idea. By combining their passions for education and music, they created a children’s book series. They both strongly believe that music can have a big impact on early development and they found a gap in the UK market, as there is a huge lack of funding for music within the Early Years framework. And so they founded Jungle Jam.

The journey started when Louise’s second-born child was 9 months old and started going to a childminder 3 days a week while she worked part time in marketing and PR. Louise’s husband worked full time and played in a band, and so it was a busy period. But they both knew they had to start work on Jungle Jam.

Louise and her husband wanted to make sure that the book was different to any other children’s book.

“Yes, the children’s book market is saturated. However, we were going to offer something very different that is super fun, educational, and inspiring.”

After just over a year of working on the book, Louise decided it was time to work on it full-time. She left her job in early 2016 so she could really push her ambition.

Initially, life was “crazy” for the couple and there wasn’t much time or money for socialising. Fortunately, Louise’s hard-working husband kept them afloat while the book was being developed. He didn’t get to see the children much and he was often tired, but for the love of Jungle Jam, they muddled through.

“It has been such a learning curve and of course we have made mistakes, but nothing too terrible!”

The busy times come in phases for Louise and her husband. The first book was released in August 2016 and things took off from there – attending events, being featured in the press, and just about working at full capacity to finish the next books.

By January 2017, things were a lot calmer and it took a few months before they became busy again.

“This is the commercial world – there are always peaks and troughs and we have learnt to roll with punches, as it were, and just crack on and follow our plan.”

Learning along the way

Both Louise and her husband had previous experience in starting a business, but they still had many things to figure out along the way.

Having business partners that also believed in their dream was a huge bonus. But despite having this support, they still wanted and needed to educate themselves about as much as they possibly could. They read books from entrepreneurs such as Peter Theil (Founder of PayPal), listened to podcasts and attended business events.

It was never really about the money

For Louise, taking their side hustle full time was never about the money. It was more about her passion for education and wanting to show her kids that you really can do anything you set your mind to.

While they are earning more money now, they see it as a total bonus. Within two years of setting up the business and starting to write the books, they were making a profit and increasing sales.

Louise is in it for the long haul now, but as she rightly says, ‘life brings so many different things. You can never know what is going to happen’.

She’s a lot happier now she’s doing what she loves, and her advice to anyone who’s thinking about taking the leap from side hustle to full time job is to just do it!

“It’s pretty scary to go out on your own and do a big creative project alone, but there’s nothing stopping you apart from your own fears. So just go ahead and do it! I truly believe that if you are passionate and focussed, then ‘the world is your oyster’. It’s hard work, but we love it and that is the key. So here’s my advice: do what you love and it will be a success!”

They still spend the same amount of time together as a family, but in a different way. During a typical week, Louise tries to keep her phone switched off until the kids are asleep but she doesn’t always succeed.

They always take a break when the children are on school holidays. Having a bit of time off as a couple is crucial, and spa hotels are their secret to rest, recuperation and reconnection.

The positives outweigh the negatives

The only negative Louise sometimes struggles with is not having enough hours in the day. Having young children and a husband that works abroad for days or weeks at a time can be pretty tough.

“I often work through the night and live on very little sleep, but let’s face it, anyone with young kids knows that you soon get used to it. And, most importantly, our family is happy and healthy, so we definitely enjoy a better quality of life from that perspective.”

The hard work has been worth it: Jungle Jam has sold 2,000 copies in 6 months (which is considered very good in the publishing industry!).

5 examples of people who succeeded from a second income