Rafa Nadal dominance of the French Open is something unlikely to be seen again in Tennis, but Bookmakers and the public don’t think that he is about to lose his title of King of Clay anytime soon.

Nadal is the only man ever to win a single Grand Slam ten times or more, and he is looking for his 11th title in Paris.

And the odds on him winning again, have been getting shorter and shorter, and OddsMonkey spokesman Peter Watton is not shocked. 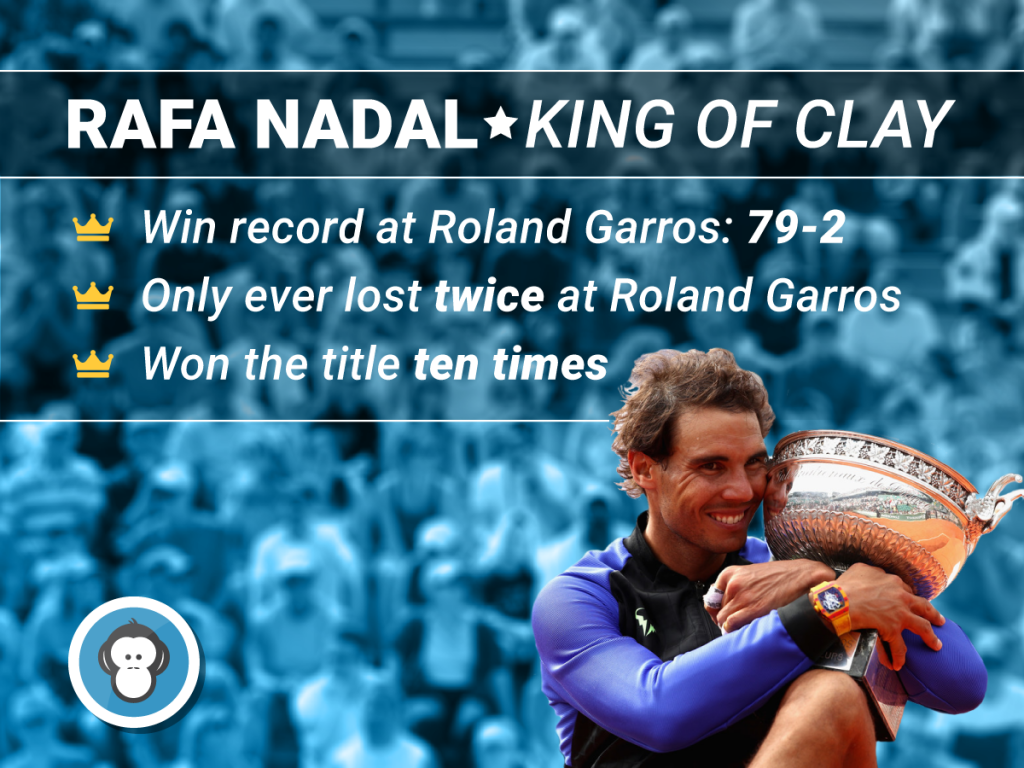 “At 4/7, Nadal is now the shortest priced favourite in history for the French Open, he is just about unbackable as the Bookmakers are showing no desire to take him on.

“His nearest rival Alexander Zverev who you can get 9/1 on – which shows the gulf in the market, and despite no Andy Murray – there is still British interest in the men’s draw with Kyle Edmund now in the top-20, and if you think he could provide the shock, he is 50/1.

“In stark contrast the Ladies draw is wide open with  Simona Halep and Elina Svitolina heading the markets but the interesting bet has to be Serena Williams – who is 12/1 to win on her come back Grand Slam, after she gave birth – surely the value of the tournament.”