OddsMonkey has compiled the list of the world’s top earning footballers, with surprising entrants in the top-ten.

On top of the pile is Argentine Ezequiel Lavezzi who plays for Chinese club Hebei Fortune – yeah we had not heard of them either – and he brings home a whopping £750,000-per-week.

Next comes PSG star Neymar – who is Europe’s top earner alongside former Barcelona team-mate Lionel Messi, who has just bolstered his earnings with a new deal.

Fifth is another Chinese based player in the shape of former Chelsea star Oscar – currently with Shanghai SIPG.

After that, and quite surprisingly low, come Real Madrid stars Cristiano Ronaldo and Gareth Bale

At 9 is Henrikh Mkhitaryan – Arsenal’s new boy, who came as part of the Sanchez deal – and he will be more than happy with his new terms.

Making up the top-ten is Manchester United’s record signing Paul Pogba, on his £290,000-a-week. 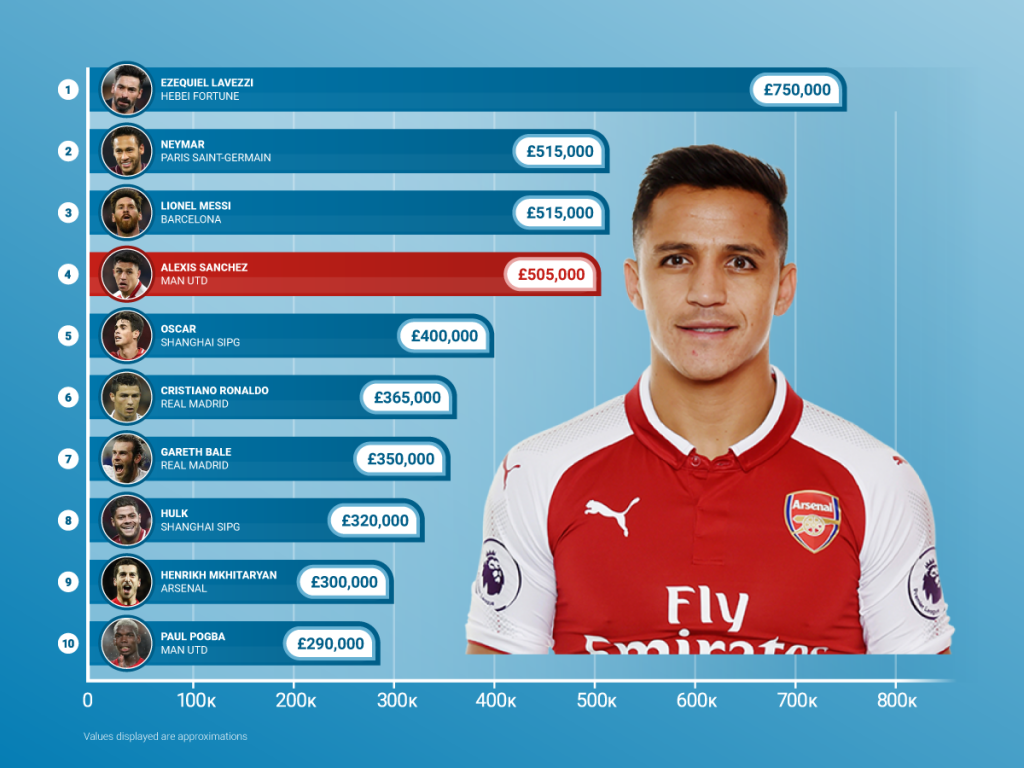