One of the most eagerly anticipated fights in world boxing was finally confirmed yesterday. Both fighters had been keen for some time to thrash out a deal and have been in discussions for months. The final sticking point was where the fight was to be hosted with Qatar, Russia, U.S and the U.K all keen to host, however Saudi Arabia has been announced has the venue.

The winner of the fight will walk away with all 4 major heavyweight belts.

When will Tyson Fury vs Anthony Joshua take place?

While there is no official date yet it is likely to take place on 24 July, 31 July or 7 August of this year. So not long to wait for the “Battle of Britain”.

Where will the Tyson Fury vs Anthony Joshua fight be held?

Saudi Arabia has been announced as the venue. The exact location is still to be determined but it is likely to take place in the city of Jeddah. Joshua previously fought in Saudi Arabia in 2019 for his  rematch victory over Anthony Ruiz Jr.

Where can I watch the Tyson Fury vs Anthony Joshua fight?

Joshua has exclusively fought for Sky Sports throughout his pro career but all Fury fights have been shown on BT Sport since his 2018 return to the ring. Both broadcasters are set to share the broadcasting rights on this occasion. The match will be pay per view and you will be able to buy it to watch on either BT or Sky.

What are the odds on Tyson Fury vs Anthony Joshua fight?

The odds at the time of writing suggest Tyson Fury is odds on to win. There isn’t a great deal between the two fighters though, both coming in with very short odds.

Tale of the Tape

Checkout our graphic below to see how the two fighters stack up against each other. 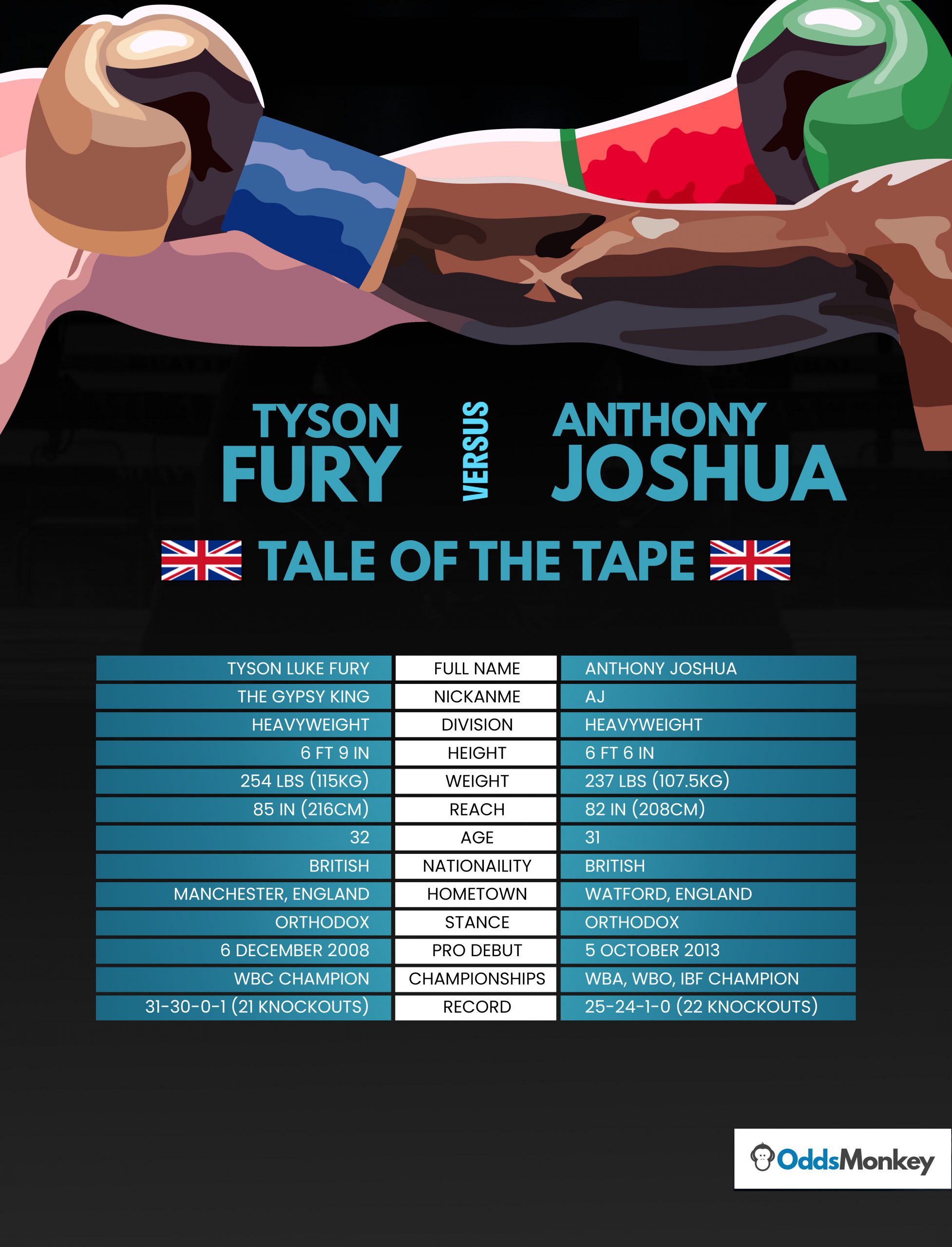