Bookmakers on either side of the Atlantic can’t split Tyson Fury and Deontay Wilder going into their rematch this weekend.

Currently both fighters are rated at Evens to win their WBC World Heavyweight title bout which follows the pair fighting out a draw the last time they met in late 2018.

Now Bookies in America and the UK – are split on who is favourite – so what better way to decide than the “Tale of the Tape” – the run through of each fighter and their records. 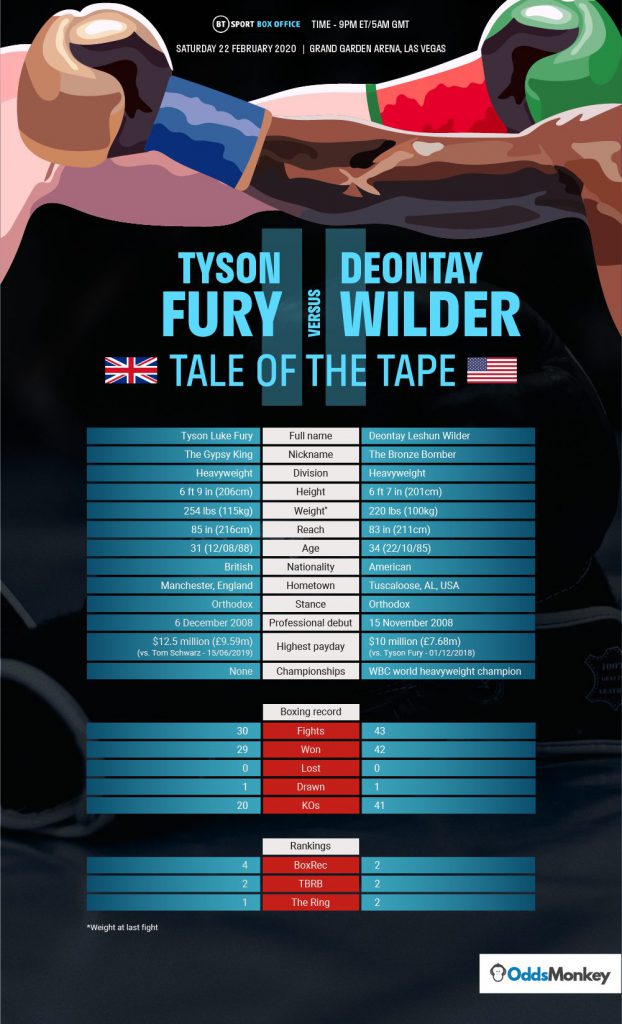 Whilst the Bookmakers can’t see who is going to win – they do believe that whoever wins, will do it in different ways.

OddsMonkey spokesman Peter Watton commented: “This fight really is on a knife edge both fighters being Evens, nothing to choose between them – it has all the hallmarks of being a classic.

“But one outcome few are mentioning is another draw. The first clash between these two was that controversial points decision, which could not separate them – but if you think that happens again, you can go as big as 25/1 in places.”

Odds and stats accurate at time of writing