Tottenham Hotspur’s rich vein of form over Christmas and New Year saw them come out on top in the Premier League.

Spurs’ only dropped points came in the final game of the festive period when they drew with West Ham.

Tottenham finished on ten points, as did Liverpool and champions elect Manchester City, but Maurcio Pochettino’s side took the honours on goal-difference.

At the bottom there was a slight surprise with Burnley propping up the division with just two points, despite currently sitting seventh in the Premier League table. 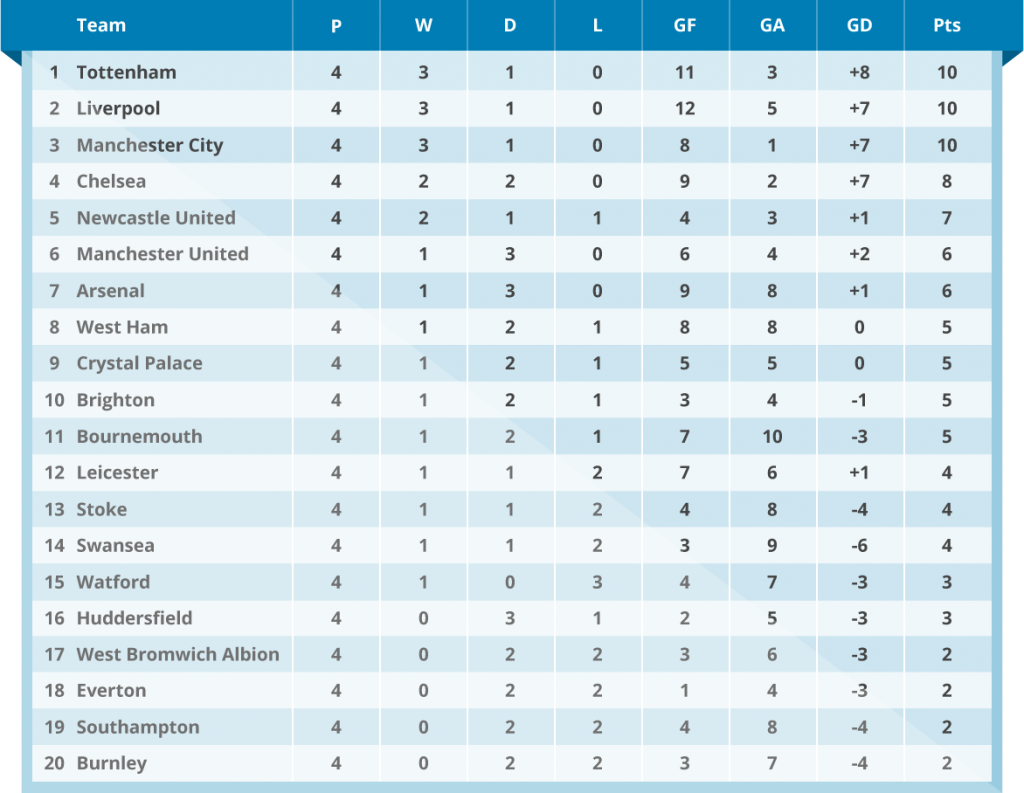 “The big teams enjoyed their Christmas spell with Tottenham, Man City, Liverpool and Chelsea filling the top-four but then come Newcastle – who will have been very pleased with their efforts.

“But it is interesting at the bottom – Burnley had the poorest time, yet they still sit in seventh in the table, then come Southampton who have been poor and dropping towards the drop zone, but again maybe a surprise to see Everton down so low given the good start Sam Allardyce enjoyed.”