England have named their squad for the World Cup finals and the Bookmakers still think they have a real chance of success in Russia.

And the Bookmakers were caught off guard, with a number of odds-on fancies not making the final selection, particularly Wilshere and Bertrand.”

“The England squad has been confirmed and nobody will be more disappointed than Jack Wilshere and Ryan Bertrand – the pair have 50 caps between them and are coming off good Premier League campaigns, but that was not enough,” revealed OddsMonkey spokesman Peter Watton.

“This time last week they were both 4/11 – 75% probability, they were both firmly on the plane in the eyes of the Bookmakers – but unfortunately for them, not with Southgate.

“Adam Lallana is another who was odds-on recently, but injuries have perhaps done for his chances.”

Amongst the biggest shocks, based on the odds, were Trent Alexander-Arnold, Danny Welbeck and Nick Pope.

“The biggest surprises were Alexander-Arnold and Pope – not many had those two in, same goes for Welbeck – but clearly Southgate wanted a fourth striker.” 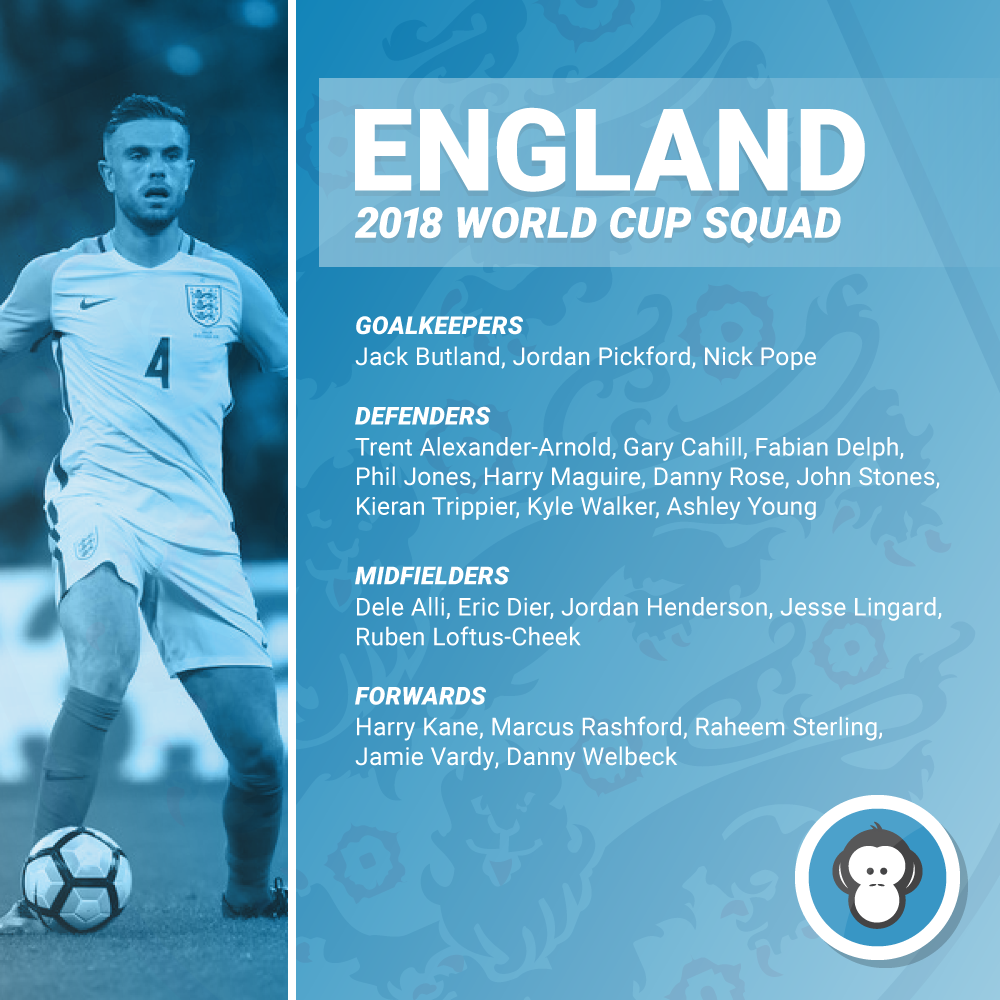 PrevPremier League Value – The best and worst value season tickets per goal revealed
Who will walk Meghan down the aisle?Next