It looks like it’s Gunner be a good Easter 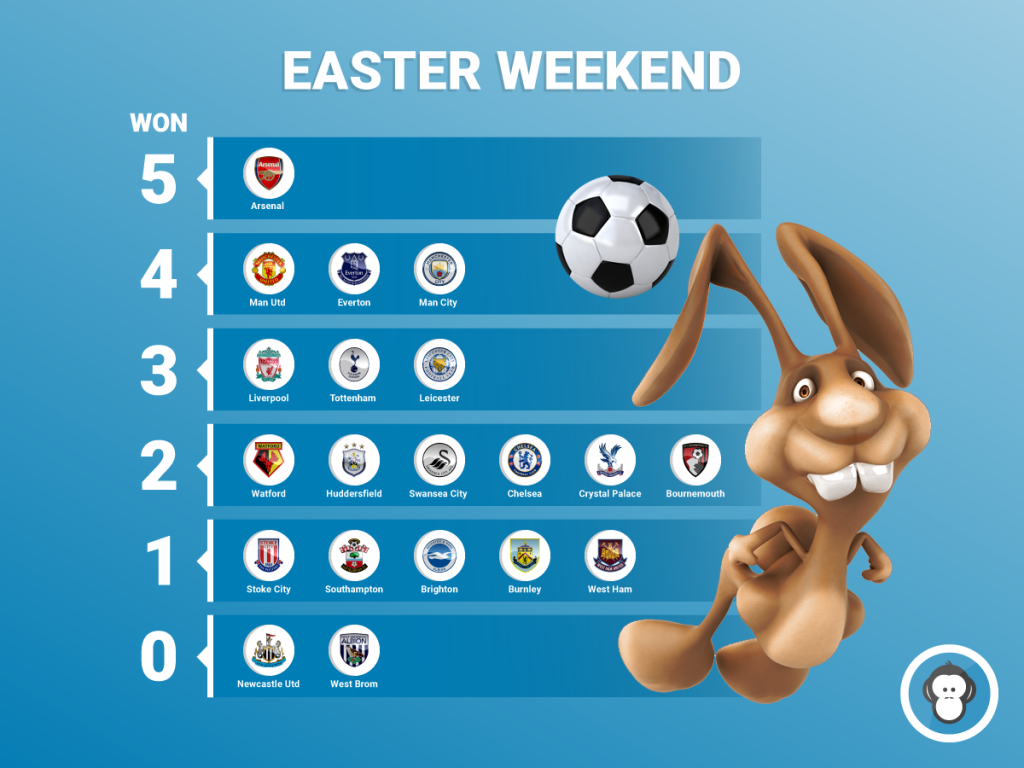 If recent history repeats itself, then Arsenal will be heading for three points this Easter Weekend.

Despite their struggles, no side has enjoyed Easter more than Arsene Wenger’s side in recent years.

From their last five games over Easter, it is perhaps surprising to see The Gunners as the most dominant Premier League side, with a maximum five wins from five – a 100% record.

But will it continue?

When we look ahead to the fixtures coming up, it is perhaps with some confidence that Wenger and his squad will look ahead, as they welcome Stoke to The Emirates on Easter Sunday. 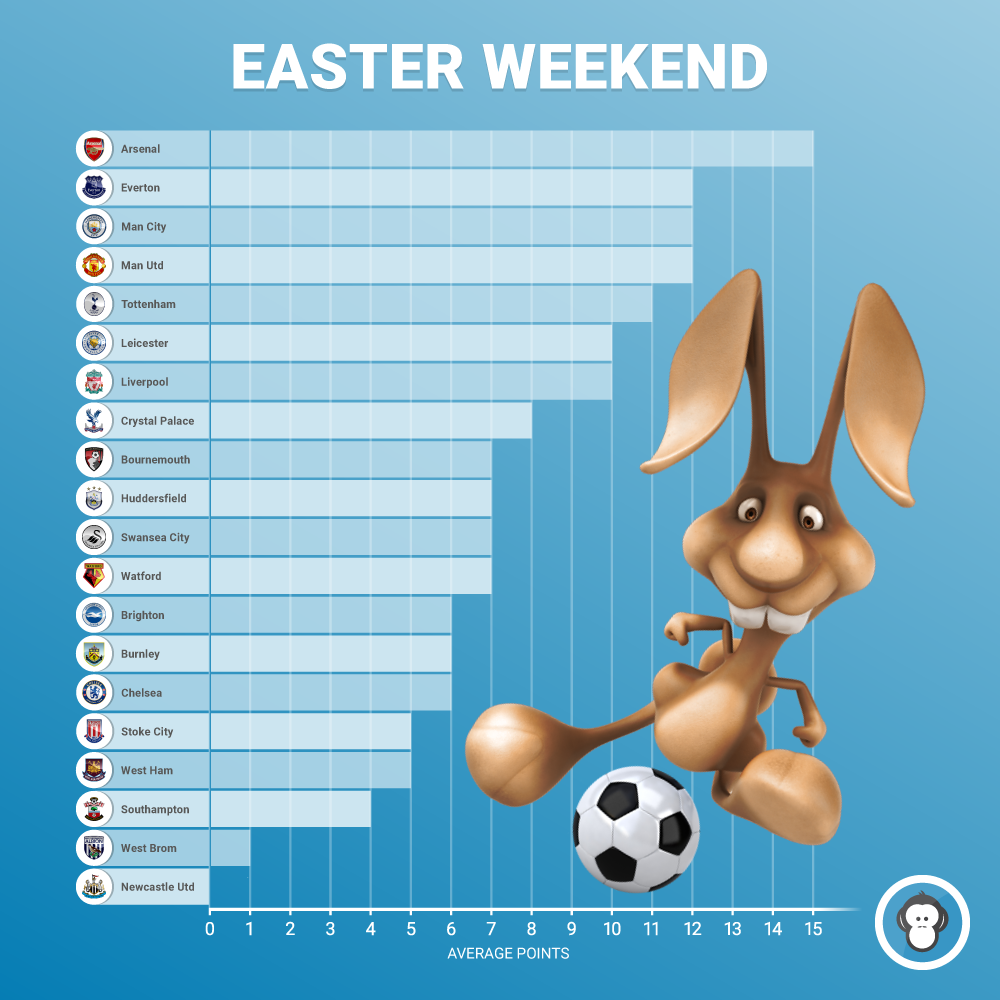 Looking at the recent history and not far behind are the Premier League leaders Manchester City, who face Everton – who, it turns out, are also very good at this time of year and have same win ratio as the champions-elect, but it will be a hard task for them to keep that up.

One team perhaps not looking forward to the big clash so much will be Rafa Benitez’s Newcastle, who are bottom of the Easter form guide, with zero wins in their last five – but there will be optimism on Tyneside that they can add to that this weekend as they host Huddersfield Town at St James’ Park.

Speaking about the weekend ahead OddsMonkey spokesman Peter Watton revealed some of the highlights to look out for.

“Clearly the team to look out for this weekend is Arsenal, their Easter record is “Eggs-tra-ordinary” with five from five wins, so that does not bode well for Stoke, who themselves have one of the worst records in Easter in recent times,” he revealed.

“Newcastle are overdue, given they are without a win in five years, but probably the team in most need of three points is bottom-of-the-table West Bromwich Albion…as close as champions elect Man City are to now winning the title, the Baggies are just as close to relegation.

“The game of the weekend is probably the London derby between Chelsea and Tottenham, but whilst Spurs have a good record at this time of year – Chelsea don’t with just two wins out of five, so recent history is against Antonio Conte’s side.” 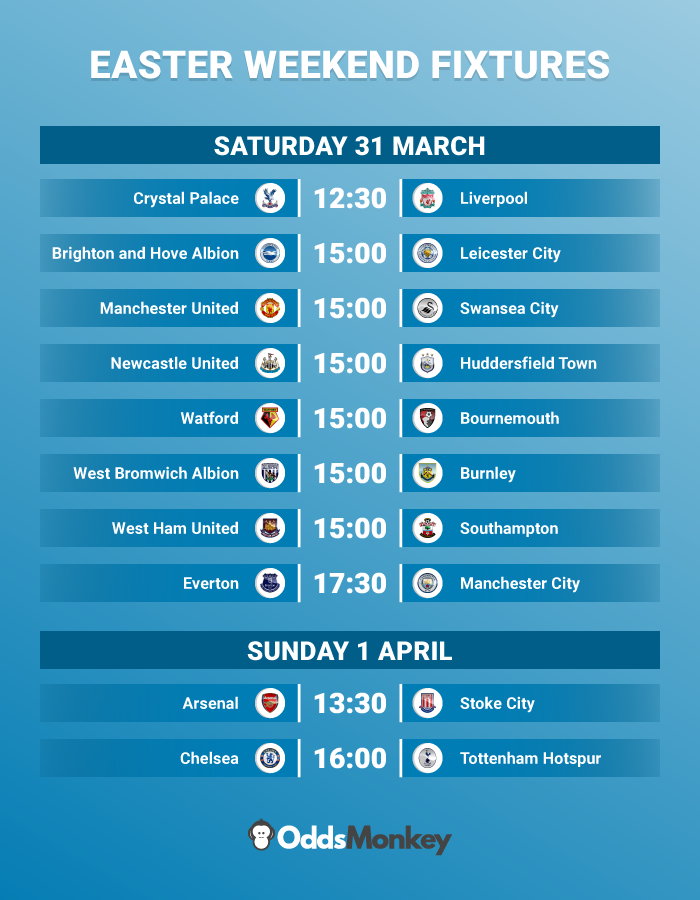